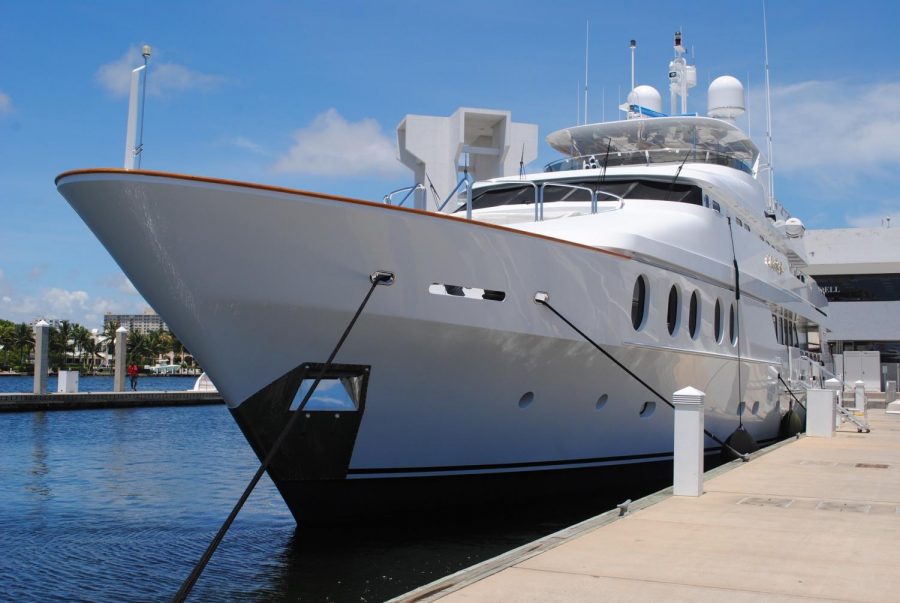 April 2020 – I watched a comedy on Netflix called Murder Mystery, rated PG-13. I thought that it was a fantastic film with a modern twist to make it even more exciting. It stars Jennifer Aniston (Aubrey) and Adam Sandler (Nick) playing husband and wife.

The film started off in New York, then the couple went to Europe at the last minute to celebrate their anniversary. On the plane they met a man named Charles (Luke Evans) who invited them on the yacht of his billionaire uncle named Malcom (Terence Stamp). At first they refused because they already had plans, but later after they left the airport, they accepted his offer. Once they got on the yacht, all the guests were gathered in a room as the uncle announced that he would be changing his will for his inheritance to go to his fiance Suzi (Shioli Kutsuna). Right before he signed the form in front of everyone, the lights went out.

When the lights came on again, the uncle had been found dead with a knife in his chest and all the guests were shocked and were sent to their rooms. Later that night, the rich uncle’s son was found murdered, covered up as a suicide. They were brought in for questioning with a French investigator named Inspector De La Croix (Dany Boon) and the Americans found out they were the top suspects. Aubrey and Nick were determined to find out who killed the uncle and his son.

Although murder is a serious topic, the plot had many unexpected twists and turns, and that is what makes it so good! I would definitely recommend this to people who love a good laugh and a light-hearted movie. It is definitely one of my favorites, and I think others will enjoy it too!